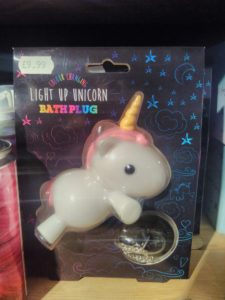 Human beings now consume a hundred billion tonnes of materials each year. Usually, I follow-up my first sentence’s factual statement with a joke, but I’m all out of gags right now. Our behaviour is the very definition of insanity. What are we doing? We’re acting like our beautiful world’s resources are unlimited when they’re quite clearly not. We’re cutting off our own life supply. Worse still, we’re cutting off our kids’ life supply. This can’t go on.

It’s time we – especially us rich Westerners who are most responsible for this quagmire of stuff – changed. We need to live much simpler, less materialistic lives. And you know what? Some of these changes just might make us that bit happier. After all, late-stage capitalism hasn’t brought about a state of collective bliss. It’s created a mental health crisis. It’s not for nothing that you can now pay someone to come and help you declutter your home or that Marie Kondo has made a fortune out of telling people less is more. Try not to see it in terms of sacrifice but simplification.

So what can you do?  To get started, here are three easy ways to stop your personal deluge of stuff:

Change how you gift

In our culture it’s now traditional at Christmas and birthdays (and a whole load of other celebrations in between) to give and receive a whole load of stuff. In the consumer society that’s allegedly how you show you care. The thing is, most of us don’t even need or want that stuff. After the materialistic frenzy of Christmas, charity shops are full of unwanted gifts. Takeback Thursday has even become a thing.When we try to buy presents for others, we struggle to come up with ideas, because too many of us are drowning in stuff already. That’s why the whole novelty gift market exists. It’s just a load of useless guff. Considering we’re in the middle of a climate emergency, why are we squandering our precious resources on things no-one wants in the first place? This, people, is how the world ends. Not with a bang, but with a light-up unicorn bath plug. To try and be more eco-friendly, why not give food or drink as presents? Or you can take your loved one out for a meal or buy them tickets for the theatre or cinema or a spa day? Even better, plant a tree for them. It’s also a good idea to cut down on the sheer number of presents you give and receive. The adults in a family can agree that the exchange of presents will from now on just be for children.  Tell old friends you’d rather have a phone chat with them than a present. It’s a cliché, but time really is the most precious thing. How we let ourselves believe that love is shown by maxing out your credit card on random junk, I’m not quite sure

Cut back on fast fashion

The fashion industry is one of the least eco-friendly on the planet. The average British person buys a staggering 26.7 kg of clothes each year.  Most of these are made from synthetic fibres, which are made with fossil fuels. When you wear polyester, you are literally wearing oil and petrol. The resulting emissions are eyewatering. In just one month, those from new clothes bought in the UK are greater than those from flying a plane around the world 900 times, according to an Oxfam study. If we don’t change the way we buy clothes, fast fashion could use a quarter of the world’s carbon budget by 2050. Considering that most of us don’t even wear half of our wardrobe, this is an outrage. The problem is cheap fashion is everywhere in the high street. Clothes have never been so affordable or, as a result, disposable. The unfortunate truth is that this is possible because of the exploitation of the workers in developing countries who make most of it. Wages are typically very low and conditions bad.  Worse still, fast fashion depends on child labour. The International Labour Organisation says there are 170 million children worldwide forced into labour, with many in the garment and textile industries. If you’d rather not contribute to an industry that’s destroying our planet and ruining lives, there are plenty of alternatives. You can buy second hand or save up and spend money on a high quality piece of clothing that will last. You can try to avoid manmade fibres and search out organic, natural fabrics instead. You can look out for ethical brands. Ultimately, you can just buy less.

One in, one out

An old friend of mine told me about her ‘one in, one out’ policy when it came to household stuff years ago. It’s taken me a while to get there, but now I use it too. It means every time you buy something new for your home, you have to give something else to charity (or to a friend/family member or perhaps freecycle it). It really does make you stop and think about how much you need your new purchase. Considering the value of the clutter in British homes is estimated to be £32.7 billion, it’s just common sense. The age of unlimited stuff is over. It has to be.