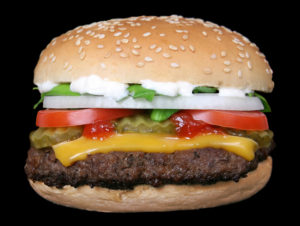 “I really want more deadly viruses that kill millions of people and keep everyone else stuck at home for months on end,” said no-one ever. So why aren’t we talking about how to avoid another virus like COVID-19 spreading through human populations again?

Coronavirus is no welcome visitor to our biosphere. It’s contagious. It hinders breathing. And it kills your granny. We’re all completely and utterly over it. And yet, a mainstream conversation about how we avoid such a virus running rampant through human populations again is not taking place – even though evidence suggests that catastrophic scenario is increasingly likely, unless we change our ways.

The rise of zoonotic diseases

COVID-19 is a zoonotic disease, which means it’s caused by the transmission of pathogens from animals to people. Over the last century, there has been an alarming increase in the number, frequency and diversity of zoonotic disease outbreaks. Indeed, they may have more than tripled in the last decade. Today, 60% of emerging infectious diseases in humans are zoonotic. This has not happened by chance.

The history of zoonotic diseases

For most of human history – around 2.5 million years – we were hunter gatherers. In tiny groups we roamed the land, sustaining ourselves with handfuls of berries grabbed from trees and intermittently stabbing the odd rabbit with our spears. Or something like that.

The Agricultural Revolution changed everything. Just a bit more than ten thousand years ago, in a part of what we now call the Middle East known as the Fertile Crescent, farming was born. People began settling in communities, planting crops and keeping livestock for meat. A brave few even tried drinking the secretions of these herbivores’ mammary glands (and if you want to know more about that, please click here). Completely uncoincidentally, this is also when zoonotic diseases emerged.

Once humanity started sharing their lives (and often homes) with cows, goats, sheep, pigs and chickens, evidence suggests that pathogens from wild animals were passed to humans via their livestock – just like when the bat bit the pangolin that purportedly started the COVID-19 pandemic.

The link to meat

These diseases emerged out of meat production and to this day they are associated with it. Consider the origins of just a few of them:

The pattern is undeniable. Zoonotic diseases are linked to the keeping of livestock and the demand for meat. And in modern times it’s not just about wet markets or exotic wild meats. Research from animal welfare campaigning organisation Compassion in World Farming states that ‘…the crowded, stressful conditions of factory farms can be the perfect breeding ground for infectious diseases.’

With the rise of the US-style ‘mega farm’ throughout the West, a huge percentage of supermarket meat is the result of intensive practices, in which great numbers of animals are crammed en masse into industrial units, to live short, brutish lives without access to the outdoors. These places are akin to petri dishes for zoonotic diseases. The animals are bred for fast-growth and constantly stressed, both factors which lower their immunity. Combined with the density of their numbers and often unhygienic conditions, it makes an ideal environment for a mutating virus or antibiotic-resistant superbugs to emerge. The more factory livestock farms we have, the more chance there is of another pandemic – potentially of an even more deadly disease.

And the situation is only set to get worse because the global demand for meat is rising, largely in what is described as the developing world. As living standards rise, people can afford to start incorporating meat into their daily diet. (Although, it should be noted that most meat and dairy production and consumption is still down to the so-called developed world. Industrialised countries – the US, Canada, Europe and Australia – account for just 15% of the world’s population but 37% of meat consumption and 40% of that of milk).

Consequently, the world now produces three times as much meat as it did 50 years ago. A staggering 70 billion land animals are slaughtered annually for consumption. To put it in human terms, that’s like slitting the throat of nearly ten times the number of people currently on Planet Earth. Every single year. It’s an unimaginable amount of death.

It’s not just that meat production helps create zoonotic diseases. It also spreads them. Abattoirs have become hotbeds for COVID-19 worldwide. Only care homes and prisons rival them for human contagion of the virus.

There are numerous reasons for this. Slaughterhouses are cramped, with distances between workers routinely less than the recommended two metres. They’re also loud, with workers having to shout to each other over the noise of terrified animals, stun guns, circular saws and hide-removing machines. This increases airborne transmission. Abattoirs are also kept cold, which is what COVID-19 prefers. Its workers repeatedly touch various parts of an animal carcass that their colleagues also touch (although full research into how long the virus can stay alive on dead body parts has yet to be published). Often cleanliness is not what it should be. A quarter of UK abattoirs fail to meet basic standards – even cross-contaminating meat with faecal matter. They make the perfect environment for this virus. The consequences speak for themselves.

In the US, the location of some of the world’s biggest slaughterhouses, 1,377 meat processing and packing plants have had coronavirus outbreaks, with over 82,000 workers testing positive. Indeed, North America’s biggest coronavirus outbreak started in a meat-packing plant in Canada, involving 1,560 cases. In Germany, public health authorities grappled with a huge COVID-19 outbreak in Gütersloh, North Rhine-Westphalia. Of 7,000 workers, more than 1,500 tested positive. In the UK, meat processing units are also virus epicentres. Outbreaks have been linked to abattoirs in: Anglesey, Wales; Wrexham, Wales; Grantown-on Spey in the Highlands; Great Witchingham, Norfolk; Redruth, Cornwall; and Cleckheaton, Yorkshire – among many others. Clusters of positive tests have also surrounded meat factories in Australia and Brazil.

Zoonotic diseases are also growing in frequency and number due to human destruction of the world’s wild places. Habitat loss forces any surviving wildlife to move nearer to humans, increasing the chances of passing on their pathogens. Deforestation is a key example. Between 1990 and 2016, the world lost an area of forest larger than South Africa. This erosion of natural habitats has brought humanity closer and closer to wild animals harbouring pathogens that can pass to us and cause viruses. The Chinese bats held responsible for COVID-19 are a case in point.

The population of Wuhan is now eight times bigger than it was in 1950. The city has exploded in size, resulting in deforestation around its former city limits and forcing once rural bats – normally shy, reclusive creatures of the night – closer to its livestock markets. They didn’t set out to bite the pangolin, or whichever animal was the original source of the virus. They were forced into it by the human destruction of their home and natural food sources.

And what’s one of the main causes of habitat loss?

That’s right, you guessed it.

Globally, the number one driver of deforestation is beef. It’s behind the conversion of forests to grasslands and savannahs, depriving forest flora and fauna of their essential ecosystem. The second biggest driver of deforestation is soy. Since 1950, soy production has increased 15 times over. But don’t think that’s down to those preachy vegan tofu munchers or the Far East’s penchant for soy sauce.  Some 90% of soy grown globally is used to feed the increasing numbers of industrially-farmed livestock – including a large percentage of the chickens and pigs killed to make the meat found in British supermarkets.

As it happens, habitat loss is also one of the main causes of the sixth mass extinction, so by not eating farmed animals you can not only contribute to curbing zoonotic disease but also save wildlife too.

It boils down to this:

When it comes to coverage of COVID-19, the media is fixated on three things: the rising tide of death, the hope provided by the new vaccines and the demonisation of those who fail to follow lockdown rules.

Of course, these issues are central to this terrible, unfolding tragedy. But why are TV pundits and news programmes not regularly talking about the scientifically-proven links between pandemics and animal agriculture? Why is the bigger context surrounding such viruses so routinely and studiously avoided when so much is at stake? Why are we not trying to stop this nightmare happening again?

After all, another new virus will mean another new vaccine and we all know how long they take to make and then disseminate. Can we sit back and risk this all happening again? Are we so careless about the prospective loss of yet more loved ones? Is the global meat and dairy industry really so powerful that their financial interests are more important than human and planetary health?

COVID-19 is not some fluke instigated by the weird taste buds of the Chinese. It’s just the latest in an ever-increasing number of viruses transferred from animals to humans.

Last year the UN issued a report linking the recent rise in zoonotic diseases to the increasing demand for meat and the rise of intensive farming. The message was clear. When it comes to pandemics, the greater the number of animals we farm, the greater the chance of another one.

The UN’s environment chief Inger Andersen issued a warning during the first outbreak of the pandemic last year. She said humanity was placing too many pressures on the natural world with damaging consequences – and warned that failing to take care of the planet meant not taking care of ourselves.

She was right. We are eating ourselves into disease and extinction. Luckily, there is something we can do about it. It starts with your next meal. For the health of your loved ones and your planet, are you ready to ditch that steak?