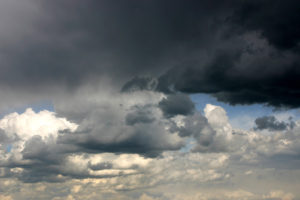 And then they all lived happily ever after…Except they didn’t. Because temperatures and violence were soaring. Scavengers roamed the streets in packs. Ancient diseases were laying waste to millions. And Keith had got so hungry he’d barbecued the cat.

The world is slowly waking up to the climate crisis. Extinction Rebellion and Greta Thunberg – with some belated help from David Attenborough – have at least brought the conversation about our looming extinction into the mainstream.

And yet, as a species, humanity’s still not doing anything like enough to stave off the greatest threat we’ve ever faced. The UK government seems to feel mighty pleased with itself that it’s set a target of 2050 for zero emissions. But that’s 30 years in the future.  The IPCC’s landmark climate report, backed by the UN, gave us around a decade to act. You hardly need to be a maths genius to spot the problem.

As Greta has repeatedly said, this is an emergency. Our house is on fire. So why are we still not acting like it? Why are we lounging on the sofa eating crisps while flames lick around the landing and plumes of smoke curl into our kids’ bedrooms? Why do people seem more bothered about who’ll win Love Island than the growing possibility that their children will face a climate apocalypse of our own making?

The answer is stories. We’ve always made sense of the world by telling stories, ever since we woke into consciousness. There are 30,000-year-old cave paintings in Chauvet and Lascaux, France, that tell the stories of hunter-gatherer life. In their recognisable patterns we find and share meaning. Facts and science provide us with data, but you can only make sense of data with narrative.

What we need is a cultural response to the climate emergency. We need new stories to save the world. At the moment, the facts are so overwhelming they can lead to mental paralysis. What we need is a way for people to engage with the crisis imaginatively and emotionally, so they can begin to take its enormity onboard. That way they can unleash their terror, panic and grief. Because it’ll only be then that they’ll spring into action en masse and make our lacklustre leaders bloody do something.

Which brings us, admittedly rather tardily, to ‘cli-fi’ – the epithet given to the literature on the climate crisis by journalist Dan Bloom. On a Venn diagram it obviously overlaps with dystopian fiction, but it is a distinct genre all of its own. One that’s growing rapidly. Not necessarily speculative in nature, climate fiction can be set in our contemporary world or the very near future.  It deals with an immediate and intense threat.

There are some notable early examples of cli-fi. Ever the visionary, Jules Verne wrote The Purchase of the North Pole as long ago as 1889. The last in his Baltimore Gun Club trilogy, it tells of a devastating change in Earth’s climate when the planet’s axis is tilted.

Much later, in 1961, JG Ballard’s first (and frankly rather sketchy) novel The Wind from Nowhere (1961) concerned a super hurricane that blasts around the globe, burying civilisation in the rubble and leaving survivors to fight over dwindling resources.

The novelists that have since produced works that fit within the cli-fi genre include literary legends, like Margaret Atwood, Doris Lessing, Ian McEwan , Jeanette Winterson and David Mitchell. But if you’re looking for an intro to the genre via some more recent novels, here are three recommendations:

The Overstory by Richard Powers is a high concept novel about trees. Every other sentence mentions a tree. Each of the main characters has a signature tree. The whole thing’s even structured to resemble a tree. Each character has a backstory. Together these make up the ‘roots’. These then converge into the longest section, the ‘trunk’. The characters and their stories then diverge again, into the ‘crown’. Ultimately, they produce the ‘seeds’ of a future world. If this sounds so contrived you’d rather stick rusty forks in your eyes than read it, think again. It’s a masterpiece (and was nominated for the 2018 Man Booker Prize, so that’s not just a personal view).

I have Waited and You have Come by Martine McDonagh is a darkly chilling and compelling tale of obsession, set in a Cheshire of the near future that’s been ravaged by climate change. The incessantly stormy weather and sodden landscape send its lonely anti-heroine mad. Her reaction to a suitor’s unwanted attentions make the bunny boiler scene in Fatal Attraction seem like a Rainbow Magic subplot.

The End We Start From by Megan Hunter is a story of motherhood in an England being submerged under apocalyptic floods. As the protagonist’s waters break, so do London’s flood barriers. She, her partner and their new-born are forced to flee north, as society breaks down amidst a refugee crisis of unprecedented scale. A short, fragmentary debut, it’s written in a sparsely beautiful prose.