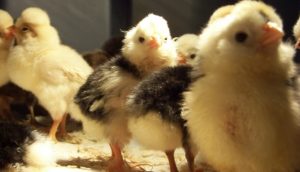 The other day someone described my vegan diet as ‘extreme’. It was in an otherwise friendly conversation and only in passing. To be honest, I let it go. Partly because it was peripheral to our main conversation, partly because it took me a while to digest that it had actually been said and partly because I wanted to avoid fulfilling the negative ‘preachy’ vegan stereotype.

But, I have to admit, it rankled. The underlying message was that avoiding animal products is self-evidently excessive, borderline fanatical behaviour.

As things stand, we in the West live in a culture in which sticking a slice of pig buttock in your sarnie or adding bovine mammary fluid to your coffee remains the norm. In other times and places, however, things have been quite different. The Romans, for example, had a penchant for stuffed dormice, the Mayans had a taste for iguana eggs and the ancient Chinese liked to eat ambergris, a waste substance expelled from the rear end of a whale experiencing digestive difficulties. What is ‘normal’ is relative to the context. If you stop, just for a minute, and try to see past your social conditioning, things can look quite different.

Here are some of the reasons why, in this particular time and place, veganism might just not be the preserve of fringe lunatics…

The science is unequivocal. Global warming is happening and it’s caused by human activity. It’s already affecting millions of lives on a daily basis – through flooding, forest fire, hurricanes and other extreme weather patterns. The outlook is grim. As the UN’s frankly terrifying report recently explained, we have only a decade to change our ways or face extinction.

Here’s the thing. In the face of this overwhelming news, one of the easiest changes we can make is what’s on our plate. 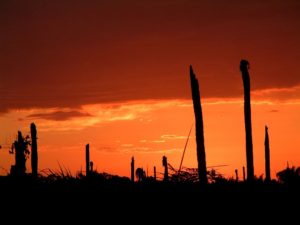 The fact is that animal agriculture is one of the key drivers of climate change.  It’s responsible for 18% of all greenhouse gas emissions – more than all transportation combined. Yes, that’s right. Every single car, lorry, train and plane all lumped together create less emissions than the meat and dairy industries.

Animals and their feed require land. Lots of it. As the human population keeps increasing and formerly developing nations become rich enough that their middle classes follow Western habits and increase their animal product intake, more and more of the Earth’s surface is being exhausted to keep up with the demand.

Animal agriculture is responsible for over 90% of Amazonian deforestation and 80% of deforestation globally, according to the World Bank. The destruction of these precious habitats – the lungs of our planet – is one of the main reasons behind the current mass extinction we are witnessing, with vertebrates disappearing 114 times faster than usual.

In the seas it’s even worse. The demand for seafood is entirely unsustainable. If we carry on as we are, experts say we could see fishless oceans as soon as 2048.

My personal transition to veganism was driven by these scientific facts. I wasn’t motivated by the idea that I could look down my nose at a barista with self-righteous glee while demanding almond milk, but by terror. I’m a mother. I don’t want my daughter to live through climate breakdown and all the horror, mass starvations and chaos that will bring. She deserves better. All our children do.

This is what most people think veganism is all about and, admittedly, I was a bit late to the game on this one. True, I’d been vegetarian from age 16 to my late 20s (I then spent a decade as a pescatarian, before switching back to vegetarianism about five years ago and becoming vegan shortly after that.) But I’m ashamed to say I’d almost forgotten the horror felt by my teenage self when I renounced meat after watching a documentary about turkey farming and the cruel practices that mean there’s enough birds for Christmas.

The thing is, the animal agriculture industry does everything it can to keep the reality of its practices secret. Now why would that be? The lovely images of happy animals roaming lush fields you see on packaging belie a terrible reality. The truth is horrific. Factory farming is now the norm and factory farmed animals live short brutish lives.

We talk about ‘lamb’ or ‘veal as if those are the only meats made from young animals. The reality is that all meat comes from babies. In the wild, cows, pigs and chickens live for 20, 15 and eight years respectively. On UK farms, their lives are much, much shorter. Cattle being turned into beef are killed at 18 months. Pigs are slaughtered aged just six months. Chickens are killed for meat at a mere six weeks.

Driving a bolt into a baby animal’s brain and then chopping it into pieces for your dinner is not something most of us would want to do. That’s why abattoirs are currently suffering a worker shortage. Chicken sexers are also in demand, because, as it turns out, the egg industry is just as cruel as the meat industry.

Not so Sunny-Side Up

Male chickens are routinely killed at a day old, either by gassing or by maceration, which means grinding them up while they’re still alive. The chicken sexer’s job is to work out which of the fluffy little cuties are to be sent immediately to their death and which ones are to face a short and nasty life cooped up in cages beside thousands of others, having as many periods as possible. You see, hens in the wild lay around 20 eggs per year, but farmed chickens have been bred, over and over, to produce increasingly extreme numbers of eggs, frequently as many as 300 per year.

Breeding is why the male chicks are killed. Breeders couldn’t work out how to breed a single kind of chicken that was suitable for both industrial chicken farming and industrial egg farming. So the breeders had to create two main kinds of farmed chickens: one with a stupidly enormous breast (because that’s the bit people want to eat) and another with the capacity to lay loads of eggs. The fact is that both have devastating consequences for the chickens’ health.

When it comes to the egg layers, their lifespan is an average of just two years, because their bodies are exhausted and struggle with a whole host of medical problems and diseases created by the overproduction of eggs. On livestock megafarms, a nightmarish phenomenon from the US that are on the rise in the UK, battery chickens that have been bred for meat are often unable to stand, because their legs can’t support their ridiculously disproportionate bodies. (As a side note, industrially-bred turkeys have to be artificially inseminated, because they have been made so large they can’t even mate.)

In this respect, dairy farmers have things much easier. The milk and beef industry are so intertwined as to be almost one and the same thing. This is how it works. First up, a dairy cow is artificially inseminated. When she gives birth, her baby is immediately removed from her. If it’s a girl, then she’s taken away for the same unnaturally short and perpetually pregnant/lactating life as her mother. She too will suffer having her babies taken away from her again and again and again. Dairy cows are killed around age five, usually because they’re suffering ill-health and exhaustion after non-stop rounds of artificial insemination, pregnancy and industrial milking. As for the boys? Well, they go straight to the meat industry. Simple.

Unfortunately, the more expensive free-range and/or organic products don’t represent a way to avoid environmental issues and cruelty. Even though organic feed is undoubtedly better for the soil than its pesticide-and-chemical-fertiliser-laden counterpart, free-range meat is actually worse for the climate than industrial meat, because of the amount of land it requires. There’s much evidence that organic dairy farming is no less cruel than non-organic. When it comes to free range chickens, the truth is they still live in huge battery farms and barely ever see daylight. In terms of eggs, the killing of the male chicks is standard practice on free range and organic hatcheries too.

We live on a small planet with a population approaching eight billion people. Things are crowded. Very crowded. Sadly, we’re not good at sharing. Some of us, mainly those of us in the West, are taking way more of our share of the resources than others. At the moment, one in nine people are undernourished, according to the UN. Most of them are in the tropics and the south. As the global population is set to grow further, with forecasts saying it’ll reach nearly 10 billion by 2050, one of humanity’s most pressing concerns is how we’re going to feed everybody. 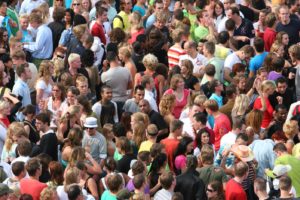 There is only so much land available on which to grow food. Meat and dairy farming are a terrible waste of precious resources in this context. Animal agriculture requires an inordinate amount of land and water. This is because you need land on which to grow the animals’ feed and then land on which they can live. The thing is, livestock consume much more protein, water and calories than they produce. Most of the protein from vegetable feed is used for the animal’s bodily functions and not converted to meat, eggs or milk. The whole process is hugely wasteful.

The truth is there isn’t enough available land on planet Earth for everyone to eat a Western-style diet focused around meat and dairy. In the future, with a growing population, the situation can only get worse – especially when you add in the impending soil crisis and the consequences of climate change, which include unpredictable weather and lots of currently fertile farmland being rendered unusable due to temperature rises.

If we all ate only plants, we wouldn’t need to waste vast tracts of prized arable land for growing feed for farmed animals. To try and make sure there’s enough food for everyone now and in the future, veganism is the way forward. It could literally help save the world.

You don’t need to eat meat and dairy. In fact, it’s better for your health not to. A study has shown that vegans live longer than meat eaters. The nutritionists at Harvard University, one of the most advanced medical schools on the planet, have come to the conclusion that dairy doesn’t do the body any good. Indeed, the health benefits of dropping animal products are many.

The adaptation of a low-fat vegan diet can substantially mitigate the impacts of type 2 diabetes, rheumatoid arthritis and Parkinson’s disease. A healthy vegan diet is packed full of the foods recommended to combat cancer.  Vegans have a better ‘antioxidant status’ than non-vegans. Veganism is more effective at reducing obesity than other prescribed diets. Veganism has been shown to lower risk factors associated with cardiac disease.  Vegans have lower levels of cholesterol.

Of course, like any diet, you need to think about where you’re going to get your protein, vitamins, iron, calcium and other nutrients from. It’s all about being informed and making the right choices. Processed vegan food is still processed food. A kale and quinoa buddha bowl is healthier than a plate of oven chips. 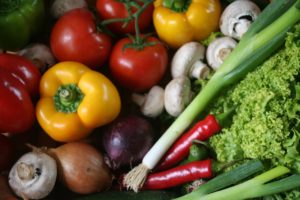 Despite the stories the media chooses to focus on, veganism is first and foremost about kindness. It’s about kindness to animals, kindness to fellow humans and kindness to our planet. If you do it well, it’s also about being kind to your own body and improving your health. I personally hope that none of these things would ever be considered ‘extreme’.

In my opinion, on a small, overpopulated planet on which the window for stopping catastrophic climate change is already closing, millions of people go hungry every day, billions of farmed animals suffer unnecessarily and there’s a Western obesity crisis that’s shortening children’s lives, the truly extreme diet is one that contains meat and dairy.

So, go on, eat some falafel. Give the next generation some hope.